How raisins changed my life. Well not quite, but they definitely played a part.

Raisins. Raisins plural because there’s never just one. Why raisins? What about raisins. It’s the disappointment of raisins. 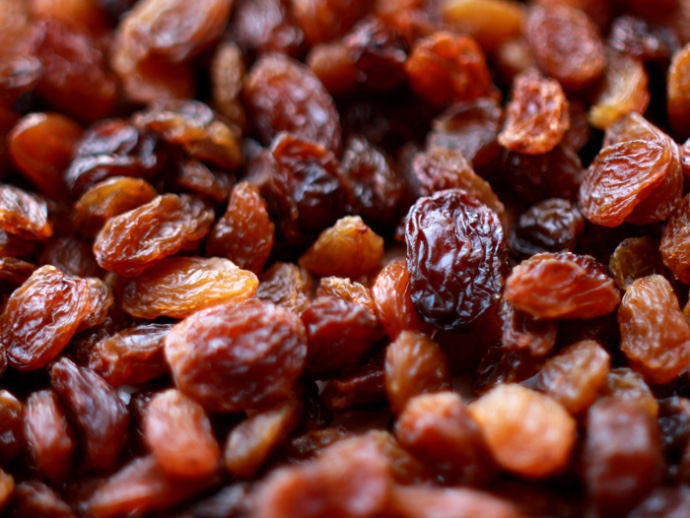 Raisins hanging out where they don’t belong. Growing up I hated raisins. I loved to hate them. Grimaced and guffawed at tarts and cakes and breads that were riddled with the wiggly little legless flies.

Raisins had a way of showing up to disillusion and upset childhood’s precious balance. Like when Grandma would arrive for a visit in her blue Mustang with a batch of her famous chocolate chip cookies. Yay Grandma! But this time she ‘didn’t have any chocolate chips in the house’. Wait, what?! Oh yeah, raisins. There they were, staring out from inside the now inedible golden doughy discs, taunting me. 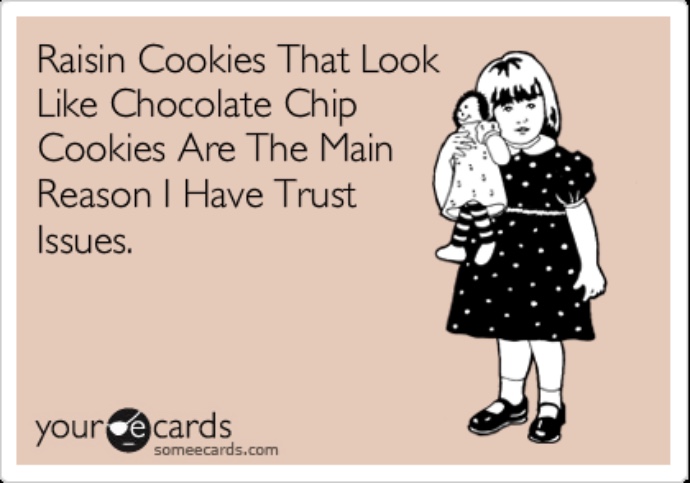 Don’t even get me started on chocolate covered raisins. The wolves in peanuts’ clothing!!! 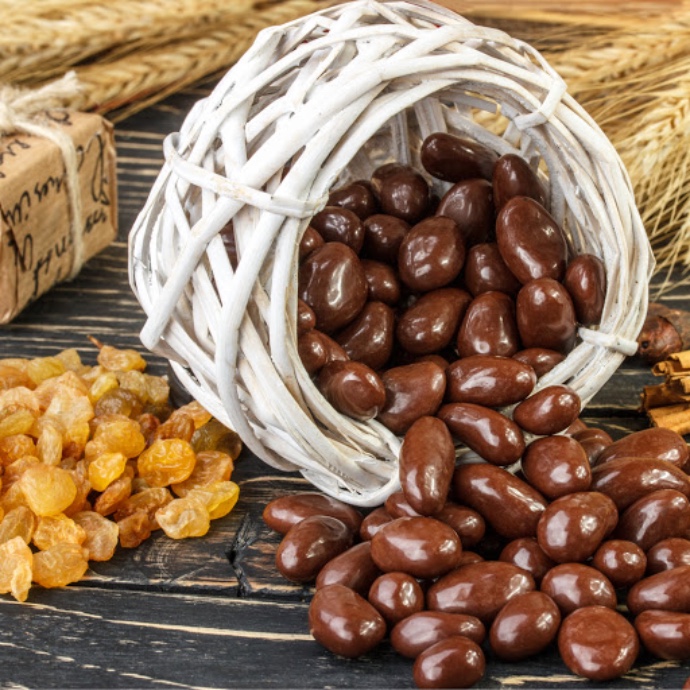 Raisins were meant to be left in the dusty the corners of the baking cupboard. They were supposed to be squished into those little red boxes with the Red Riding Hood maiden in other kids’ lunch boxes, never to be traded in the cafeteria. Ham and cheese, peanut butter, sure! But boxes of raisins definitely not. They were left to shrivel even further and dumped in the bin.

The worst was Halloween when that random ‘healthy house’ on the block, where the yoga teacher mother would give a word of friendly advice about processed sugars and food dyes as she emerged with those evil little boxes of raisins above your raised eyebrows and tucked them into your trick or treating bag. You’d leave that house groaning and determined to hit extra houses to make up for the raisins. 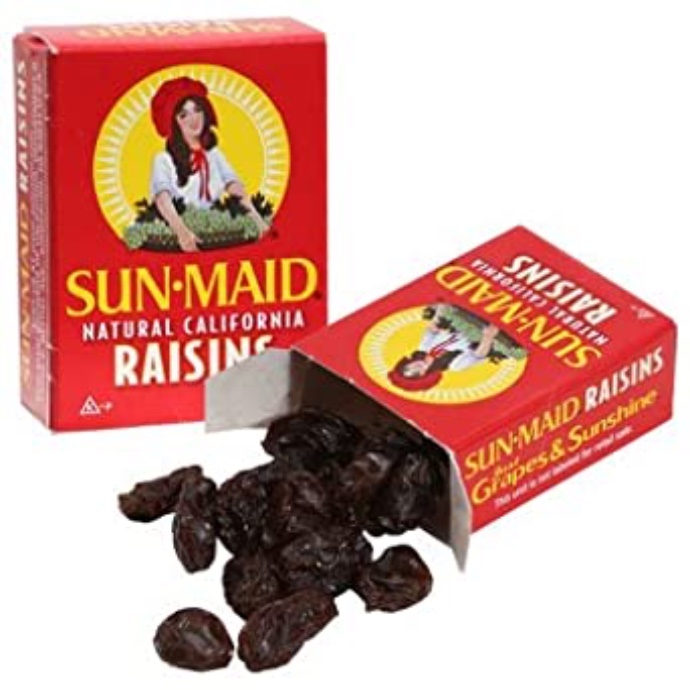 Raisins were hidden in strange salads my mother would find in magazines and emulate to our horror at suppertime. They would find their way onto gingerbread men, posing as buttons! And even ice cream. Rum and raisin. No!!!!!! Crimes against food.

There was really no sacred place from the wrath of raisins. I spent my childhood with trust issues and always looking over my shoulder.

But the pinnacle; the ultimate treachery came on an unsuspecting Saturday morning in fall. The leaves were changing colour which meant school was back in session and we were fragile. My mother headed off to do the weekly shopping and when she returned, I was summoned outside to help with the bags.

She’d made a stop at the Farmer’s Market! I knew that meant something baked. Something yummy. I could smell it as we made our way inside.

I quickly unpacked, in search of the treat of the day. I gingerly picked it out of the brown paper bag. It was a pie! I was nervous of pie back in those days as my mother was known to buy strawberry rhubarb and other abominations of cooked fruit and bitter mush.

She came up behind me. “Ah, you’ve found the pie! They were just out of the oven! Do we have vanilla ice cream?” She asked.

She in the meantime had gotten out some plates and was cutting through the golden crust.

I watched in slow motion as the crust gave way to what looked like black cockroaches swimming in black crude sludge. WHAAAAAAAAT is that?! 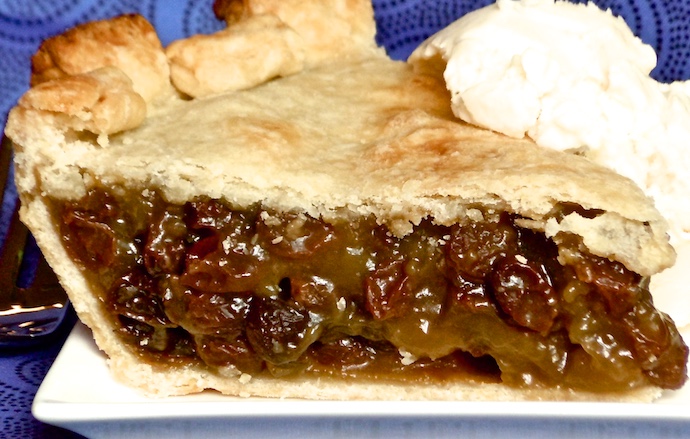 Years later, at around 45, my raisin switch flipped. Maybe it was earlier. I can’t pinpoint the day where raisins moved from gastronomic enemy number one, to edible. Eventually they were tolerable. Then nice. Now they feature on my grocery lists.

They don’t have time to get dusty as I use them. I bake, I sprinkle in my strange salads; ultimately I buy more! They’ve opened up a whole new world of food. ‘Who’d-a-thunk’…

I’ve realised raisins are symbolic. They are like life.

Everything in life is our perspective. Negativity toward experiences, people, things, leads to division, intolerance, small mindedness. I hated raisins but they were the same then as now. No monster I’d imagined. Just dried grapes. They are the sisters of wine! I mean that’s enough to forgive them any sins…

Nothing changed except me. And it’s me who benefitted the most from my change of heart. I make my own raisin chutney now! Which just proves we can all work past the confines of our minds. We can push way past our comfort zone into the multitude of pleasures that life has to offer. Hating just limits you. Renders you insular and myopic. Makes you miss out. Denies you joy!

Some of my other childhood hates were camping, crafting, baking… they were supposedly boring or hard or stupid, or whatever words I could conjure to avoid jumping into something new. Now I love all of those things. I’ve had so many wonderful experiences because I let them into my life. I opened up and embraced and was embraced back! I’ve grown in so many ways. Even physically from all the baking… but I digress.

There was a time when I couldn't imagine what sailing was. Having never been on a boat. As an adult. Now I find myself 8 years into life aboard. Just like that. I jumped in. It's not all sunsets and cocktails either. There's pumping your own waste out manually, navigating storms in the dark when you just want to be cuddled up safely in bed. There is no safety net. Just us. But we stepped up. And have been rewarded every day for it. 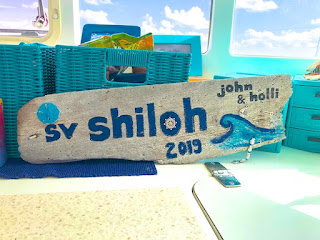 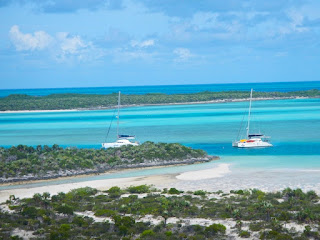 Gardening and sewing are still raisins to me. But at least now I can recognise that it’s because I haven’t opened up to try. It’s my own fear of failure that has created the word hate when it comes to these things. Luckily for me, the gardening one will have to wait. Life on the ocean keeps that possibility at bay!

What’s disappointing is not the humble raisin. It’s our trepidation at the jump. Experts have labelled these food aversions. But that just legitimizes that which we fear. Eat the oatmeal raisin cookie. Love it for what it is. Bite that Turkish delight. Heck, seek out Durian and really challenge yourself. Kimchi, rocky mountain oysters, scrapple, black pudding, brussel sprouts. Whatever you think you hate. Approach it in a new way.

Then step out into the world and do the same. You won’t be disappointed.